After a three year absence, Kasper Bjørke returns to hfn music with a sublime new double EP entitled "Nothing Gold Can Stay”.

Having followed a deeply personal ambient music path that last year led to the release of “Kasper Bjørke Quartet: The Fifty Eleven Project” on Kompakt Records, (named 5th Best Contemporary Album 2018 in The Guardian), Kasper Bjørke has found his way back to producing some of his signature leftfield danceable beats, which “the past decade has seen Bjørke steadily rising amongst the ranks of artful, eclectic electronic producers…” (XLR8R)

The Double EP "Nothing Gold Can Stay" explores both the analogue and organic side of his production work on Side A - while Side B reflects on sounds that he would play today, in one of his nightclub DJ sets.

Side A contains four collaborations with four friends from LA, New York and Copenhagen. “Water” feat. Toby Ernest, the slow mo opener to the EP, revives the partnership with Toby that was last seen on 2014’s After Forever album on the single ,Rush’. Toby also provides the vocals on the cover version of Alessi Brothers’ 1975 classic “Seabird" - a track that came about through Kasper’s friendship and musical synergy with DJ and vinyl digger Christian d’Or, who is lead crooning while Toby delivers his signature falsetto. The “Seabird” cover adds a distinct contemporary feeling to the original version while staying true and respectful to the delivery and mood of the songs core.

Next up, "Du Du Du” ("You You You" in Danish) features bassist Tomas Høffding (of WhoMadeWho and Bon Homme), who besides playing the live bass on all tracks on the EP also delivers the exotic Danish vocals reminiscing 80´s Danish Post Disco pop classics, playfully enhanced by Kaspers synth and production wizardry.

On the closing track of Side A, Kasper Bjørke asked his New York friend, the legendary Justin Strauss, to gently recite Robert Frost’s 1923 poem "Nothing Gold Can Stay" over a calm instrumental piece - rounding off the release with a gentle lullaby which reminds you, that nothing can last forever.

The 2nd half of the release, Side B, is directly aimed at the floor. Having stepped away from releasing club jams for a few years, Kasper is clearly enjoying getting back to the business of making people move. The opener "Venetian Blinds" has a clear 90s reference in the distinct synthesizer trance sounds. "Dreamers (a tribute to Laurie)" salutes the eternal classic Oh Superman by Laurie Anderson, exploring synthetic choirs and crystalline, ethereal arpeggiators in a space disco context. "Oceans of Time” is also drawing inspiration from the 90s rave palette while still keeping one foot in the future. Side B of Nothing Gold Can Stay is both a testament to Kasper’s versatility as a producer and an all-out dancefloor assault, made with precision and sensitivity. 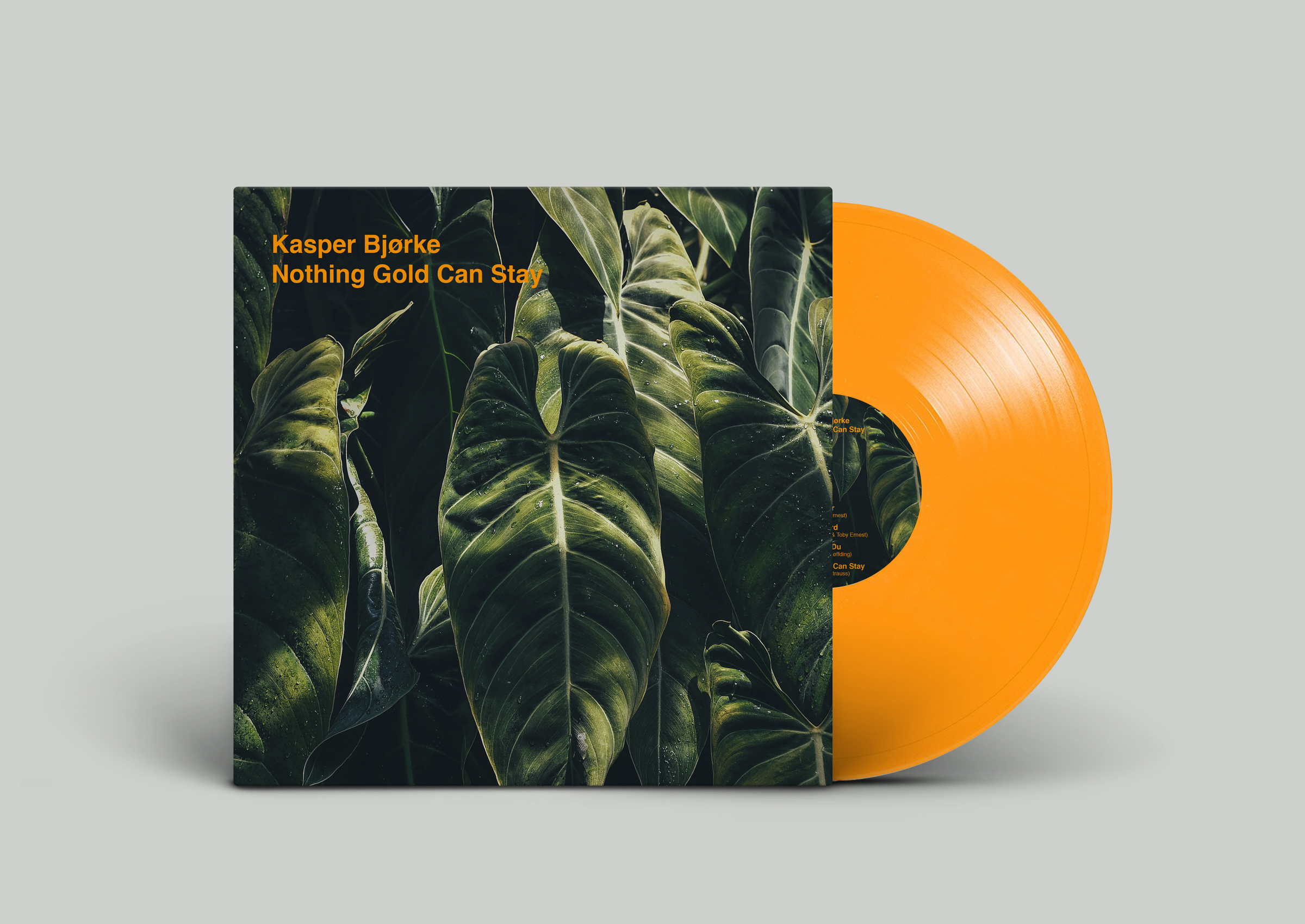