One of Denmark’s most respected producers and engineers, Krozer formed Fluqx following a chance encounter with singer Della Valle in Copenhagen. The pair dropped ‘Staring At The Sun’ in November before following up with ‘Feather’ in January, the latter accompanied by a remix from Peder Mannerfelt. Now, they're back with ‘Here’.

‘Here’ is their third single and their most epic production yet. Opening with a quivering synth, Brian Della Valle’s sultry voice comes into the fold as sparkling effects join crystalline chords. A murky bassline and a piercing melody are soon added to the equation, heightening tension as the song progresses towards the chorus, underlined by an uplifting change in key.

“My favorite sound in ‘Here’ is the bell synth in the first verse. It was a patch I created on a Nord Lead that was pitched up one octave with a pedal that is actually quite bad at this, adding those interesting warbly artifacts. When playing it first I started seeing these images of a dark foggy hill that is lit from only one small bright source - and when we hit the chorus all the fog dissolves.“ – Joel Krozer 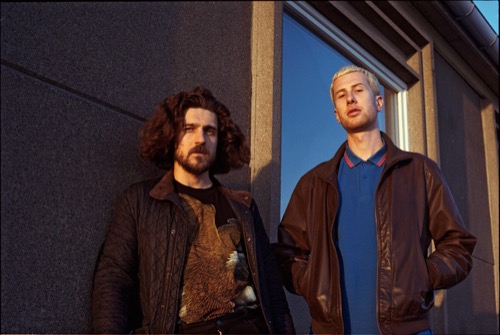